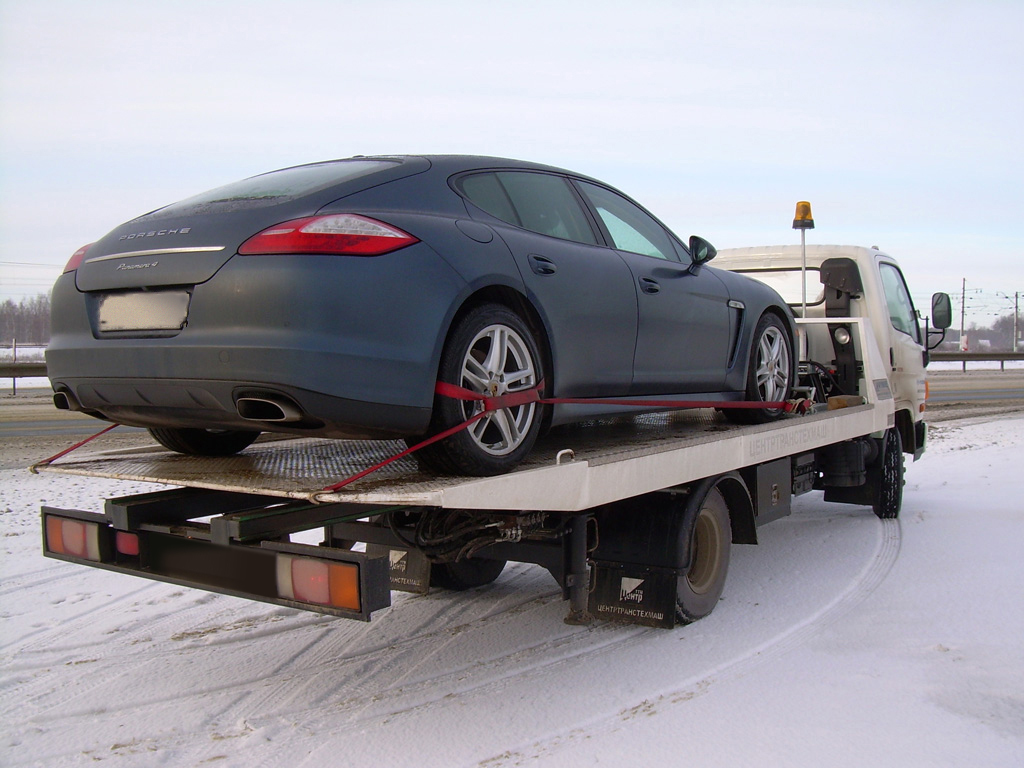 Criminals have found another
way of carjacking. Thus, according to the latest media reports, four of the
hijackers tried to steal a car Porsche Panamera with the help of a tow
truck in the center of Kiev. According to traffic police data, at
five AM a man called 102 Line and said that his car that had been parked near
his house was stolen. However, the traffic police managed to find a stolen car.
While monitoring the adjacent territory they saw a tow truck unloading the car
that was covered by the signs.

“Four young men were near
the car. When the police appeared they tried to escape, but were caught. A
Police Patrol arrived to help the traffic police. Also to the place of
detention an Operational-Investigations Group was called,” – said the
traffic police.

Such cases of theft are not
rare. An innovative satellite system security BENISH GUARDcan be a salvation in such cases. The main advantage of
the system is an immediate response to any alarm signals from the vehicle on
which the BENISH GUARD system is installed. In particular, when picking up the
car or towing by a tow truck, the Benish GPS Dispatch center immediately
receive an alarm signal. Dispatcher in turn coordinates all the activities,
monitors the movement of the vehicle in real time and send the nearest road
traffic police patrol car to the location.

It is worth noting that Benish GPS Dispatch Center works around the clock, on weekends
and holidays, 24 hours a day, 7 days a week. Thus the car equipped with a satellite
security system BENISH GUARD, is under the constant control.

Also we should remind that in
Ukraine a heavy increase of car thefts has been recorded. Only during the past weekend eight charges of theft
of vehicles were recorded, among which there were evenBentley Continental, BMW M3 and Land Rover.

Save your car with the help of BENISH GUARD security
system!