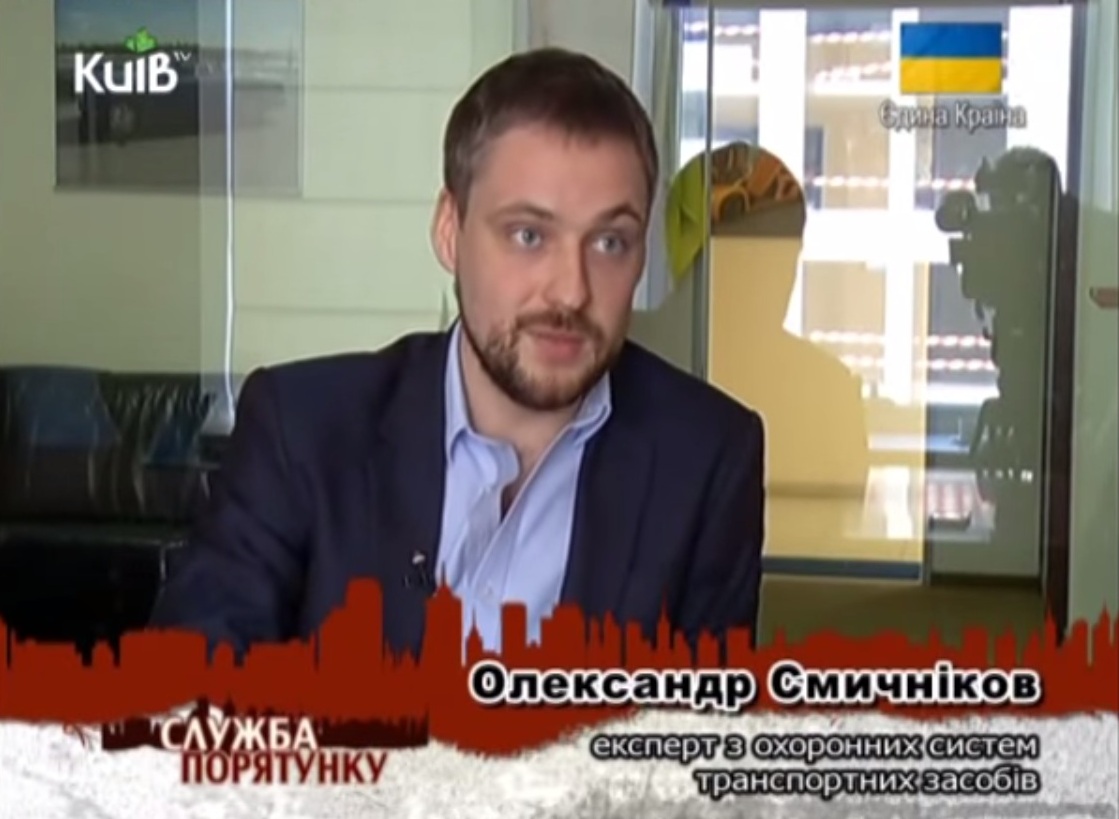 One of a recent weekly “Rescue
service” program of the “TRK Kiev” channel covered the problem
of rapid increase of the car threats and methods of its prevention.

Hijackings statistics is disappointing.
Thus, according to the latest data over 250 cars were stolen in Kiev just in two
months. The majority of stolen cars were parked near the apartment buildings,
and the theft happened at night. Expensive cars are most demanded again. For vehicle
theft prevention the experts advise to follow a few simple rules: install a
reliable anti-theft system, park the car in the special parking, do not leave
the keys at the car wash/servicing stations, and do not to leave the car by
itself during service and maintenance works.

As the invited expert Alexander
Smychnikov – Chief Development Officer of Benish GPSalso expressed his opinion. To his mind a satellite car security system is a
good example of an effective car protection.
Also Alexander noted advantages of the system over the typical car alarm
system. In case of a hijack attempt of a vehicle equipped with a satellite
security system an alarm signal is immediately sent to the Dispatch Center. An
operational work of a dispatcher and traffic police allows identify and prevent
attempted carjacking quickly.

In addition, the expert noted that
the usage of various sensors and optional features allow to provide better car
protection. For example, in case of lifting or tilting attempt of the vehicle
on which the system is installed, a sensor activates immediately and sends an
alarm to the Dispatch Center, which in turn takes further steps to ensure the
car safety. The system also allows to lock the vehicle movement, if the thief succeeded
to get into the car.

BENISH GUARD satellite car system security is
the most effective system for the protection of your car. For maximum
protection of a car Benish GPS has created a Dispatch center that works around
the clock without weekends and holidays in the 24/7 mode. Also it is worth
noting that Benish GPS fully cooperates with the Traffic Police Department of
the Ministry of Internal of Ukraine. In case of a hijack attempt of a vehicle
equipped with BENISH GUARD anti-theft system a patrol of Traffic Police is sent
to the location of a car where coordinates all further activity on returning of
the vehicle to its owner. Thus a vehicle equipped with a satellite security
system BENISH GUARD is under continuous protection.