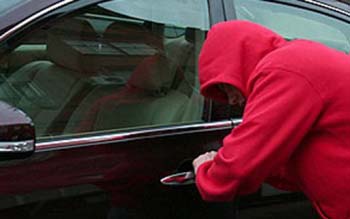 According to the
latest data of the State Automobile Inspection of Ukraine 10015
misappropriations of vehicles have been registered for the period of 10 months
of 2014 in Ukraine, while in the same period of the previous year it were 5228
such cases. Only fifth part of the stolen cars has been found. In Kiev during
this period 1238 vehicles have been stolen that is 158.46% more than last year.
The State Traffic Department notes that preferences of hijackers have changed.
While previously more often domestically made cars were stolen, and now
criminals choose prestigious foreign cars. “Leaders” of these
statistics are Toyota, Land Rover, Mitsubishi and BMW.

Most of hijackings happen
at night. Thus according to official data about 80% of all car thefts occurred
at night. The salvation from the hijackers may become a vehicle security system
based on innovative technologies. One such system is a satellite car security system
BENISH GUARD.

BENISH GUARDsatellite car system
security is the most effective system for the protection of your car. For
maximum protection of a car Benish GPS has created a Dispatch center that works
around the clock without weekends and holidays in the 24/7 mode. Also it worth
noting that Benish GPS works in the cooperation of the Traffic Police of the
Ministry of Internal Affairs of Ukraine. In case of a hijack attempt of a
vehicle equipped with BENISH GUARD anti-theft system a patrol of Traffic Police
is sent to the location of a car where coordinates all further activity on
returning of the vehicle to its owner.

Save your car with the help of BENISH GUARD security system!